Diabetes is termed medically as Diabetes Mellitus, the metabolic disorder which is prevalent in 2.8% of the world population. (https://www.diabetes.org.uk/resources-s3/2017-11/diabetes_in_the_uk_2010.pdf). Glucose is very essential for healthy functioning of brain & muscle tissues. In simple words it’s a condition in which person has higher glucose level in their body. The main causative factors are inadequate insulin production, improper response of body cells to insulin or both. It is forecasted that by 2025, it becomes 5.4%. There arises a need to take necessary interventions from the grass root level. From ancient period we have lot of traditional medicinal literature available. Some are indigenous origin & not revealed to others. Owing to this, a lot of valuable medicines are left unidentified. Now, with the help of sophistication & technological advancement the medical benefits of plants are brought into light. Most of these plants are vegetables & forms a part of our daily food. But lack of awareness & indulgence on chemical remedies reduces the popularity. From now, prioritize them in your menu so that you could prevent the progression of diabetes or onset of diabetes in future. Let us discuss some practical ways in which you can include these amazing herbs in your diet. It is simple yet significant.

Plants are safer & adavantageous over chemical formulations because of no side effects & they are cost effective too. The best advantage is that they can be consumed as a preventive measure even before the disease manifests. It can be easily included in our daily diet.

Lot of medicinal plants are reported to have anti diabetic activity. But in this context, for better understanding the best known anti-diabetic plants are introduced & discussed in detail. These plants have other medical significances apart from diabetic control. But the core action is to alleviate Diabetes. Major researches are undergoing to identify the specific pharmacological actions. These herbs are used as single or in combination with other medicines. These can be also consumed as diet.

Commonly named Bitter melon. Botanically named as Momordica charantia, (M.charantia) belonging to Cucurbitaceae family is very popular among the indigenous populations of South America, East Africa, Carribean & India. This particular plant’s fruit is bitter in taste & its profound when ripe. This amazing plant is a climber, perennial, produces a knobble fruit which grows about 5m.  It is regarded as one of the effective remedy for diabetes. The fruit is commonly consumed as a vegetable. There so many delicious recipes made with the fruit. The anti-oxidant property in the plant is highly contributing to its medicinal value. It contains flavonoids, phenols etc that gives a bitter taste to the fruit.

Next question is why is it anti diabetic?

The active components like Charantin & polypeptide-p are identified to have very strong hypoglycemic properties (decrease blood glucose levels). Studies prove that Charantin alone can even replace diabetic treatments. Polypeptide-p is considered as a insulin of plant origin, as it mimics the human insulin in its functions. It is found very effective in Type 1 diabetes. (https://www.ncbi.nlm.nih.gov/pmc/articles/PMC4027280/)

Trigonella foenum-graecum belonging to Fabaceae family. This plant is native to Europe & Western Asia. The seeds are said to have anti diabetic properties. The leaves can be consumed as a vegetable or as a cooked salad.

Anti diabetic action- The seeds lowers the sugar absorption in the body. The studies reveal that seeds consumption can lower the sugar levels. And it in turn increases the amount of insulin production.

There are some risk related to its consumption

High consumption can cause allergies too. Studies suggest that maintain a time gap in taking fenugreek, if you are consuming some other medications, because it interrupts the action of the medication. So needless to say that it’s a potent drug.

It’s a major ingredient in tempering along with mustard & curry leaves curries in parts of Asia especially South India. So it’s always wise to consume such recipes, rather than eating in raw form. (https://www.healthline.com/health/type-2-diabetes/fenugreek-blood-sugar#traditional-diabetes-treatment) Allium sativum, Family – Alliaceae. If you are not a garlic lover, then you are not doing justice to your body. It’s a powerhouse of essential nutrients. Geographical distribution – Central Asia, Iran. It’s commonly a main ingredient of folk medicine. It has cardio protective properties with anti-diabetic properties which make garlic an essential ingredient in herbal formulations.

It arrests the progression of diabetes by anti-inflammatory, anti-oxidant& anti glycative properties. Recent researches shows that the garlic extracts are a powerful source for reducing insulin resistance

The raw garlic has good blood sugar decreasing properties & also to prevent future secondary complications in diabetes affected individuals. In normal individuals it has a significant effect on maintain blood glucose levels. In diabetic patients, its reported to lower the secondary complications rather than anti diabetic action. It’s a substitute for antidiabetic chemical drugs as it contains Allicin, which promotes insulin production in beta cells. It is ideal to consume atleast 1 cloveof garlic in type 2 diabetes.

Commonly known as cow plant, botanically it is named as Gymnema sylvestre, belongs to Asclepiadaceae family. The plant is a shrub & is native to Africa, Srilanka & India. It’s a climber – Commonly used part is leaves. The Gymnemic acid is the active component responsible in controlling diabetes. There are reports of growing evidences of its quick action. It has a unique property to eliminate the ability to recognize sugar taste.  It serves as a receptor to reduce the glucose absorption by intestines, there by regulating the blood glucose levels in the body. It is also called as ‘sugar destroyer’

Some of the reported side effects include that chewing the leaves makes tongue loses the ability to recognize sweet taste. It is contra indicated during pregnancy & lactation. When combined with other medicines, it produces best results.

is the common name; Latin name is Andrographis paniculata belongs to Acanthaceae family. It is herbaceous morphologically. Because of the strong bitterness, the plant is named as “Bitter king”. It is a well known herb in Chinese & Ayurveda medicine. Normally the whole plant is used for medicinal use. In addition to Diterpenes, It also comprises of flavones & lactones. Geographical distribution – India & Srilanka.

It has reported to have side effects like vomiting, rashes and headache if not taken under proper care.

It has active constituents’ diterpenes. The glucose tolerance test showed drastic lowering of blood glucose levels by limiting the intestinal absorption of glucose.

Zingiber officinale, belonging to Zingiberaceae family is another well-known anti-diabetic herb. Gingerol, Zingiberol are the active constituents. Universally, ginger is accepted as the healthiest option among foods. Rhizome is the part used. It reduces the fasting blood sugar & regulates the serum insulin level. It has reports of side effects like heartburn. It is consumed in different forms like fresh ginger, dry ginger powder, ginger oil. Ginger is an inevitable ingredient in non-vegetarian cooking, soups, cakes, candies in different parts of the world.

High precaution should be maintained when it is taken with other anti-diabetic medications, as it can lower the blood sugar drastically. Ginger water with lime is the commonest beverage used in Diabetes. Latin name is Aloe barbadensis, belonging to Liliaceae family. It is a perennial. The plant is commonly a native of Africa.  It is a plant of wonders with miraculous medicinal properties& greatly specified in Greek & Egyptian classics. From the ancient period almost 7000years ago, the plants medicinal properties have been of great significance. It’s action is diverse. It has anti- hyper glycemic effect when given in combination with other anti-diabetic medicines. The additive effect of the herb is greatly being used in the treatment of chronic diabetic patients.  The oral intake should be done under expert medical supervision. Common medicinal preparations include Aloe Vera juice, gel & paste. Adulterants are available in the market like black catechu, stones etc.

Olea europea L. belongs to Oleaceae family.  It is said that extra virgin olive oil keeps the Diabetes away. The tall evergreen tree is widely used as a traditional medicine in Mediterranean& European countries. Leaves & the oil are mainly used. Extracts, powder or in the form of tea, it’s indicated orally. Olive oil has reported to lower the blood glucose level in type 2 diabetic patients. It’s a fantastic ingredient in pizza recipes, salads with tuna also. Olive oil is used commonly as salad dressing too.  Polyphenols like oleuropein are responsible for these medicinal properties. (https://dmsjournal.biomedcentral.com/articles/10.1186/s13098-017-0254-9)

Coccinia indica, belonging to Cucurbitaceae family commonly known as ivy gourd is yet another herbal remedy. It grows as a wild climber in India. The small elongated fruit is very popular vegetable in India. It’s very commonly cultivated in the vegetable garden. There are lots of studies going on regarding the action of Ivy gourd in controlling the Post-Prandial blood sugar. It is edible in the raw form also. It is an amazing blood purifier. So if we could include it in our daily intake, it can contribute so much to your health. The unripe fruit is stir fried, or used in curries. The leaves are used medicinally.   It has the property to mimic the function of insulin. It is consumed by diabetic patients as raw fruit & also as boiled salads.

The magical herb is a great remedy for diabetes & other debilitating illnesses like cancer also. It is commonly called by the name lady’s finger. Botanically it is named as Abelmoschus esculentus belonging to Malvacea family. It’s a tall growing vegetable common in India, Caribbean& the Americas. It stabilizes the blood glucose level by lowering the intestinal absorption.  The superior insoluble fiber is the responsible component for this effect. The immature pods are consumed as a vegetable & recommended in making stews & fries. The okra seeds in grounded form are used as a coffee substitute. Studies shows that okra water is very effective in controlling gestational Diabetes in pregnant rats. From the reports it’s evident that consumption of the raw vegetable chopping in water & drinking the water next day has proven anti diabetic effects. In turkey, it’s a part of traditional medicine & consumed as okra roast.

What can you do?

Answer is very simple. Make a small vegetable garden with at least some of them. They are all easy to grow & maintain. Pick some fresh whenever you do your delicious cooking As we all know, “Prevention is better than cure”. Hope you got a better understanding of anti diabetic plants around you. Next is to make the best use of it. Let’s discuss some convenient ways to incorporate these wonder herbs in your diet.

This is a practical way to prevent Diabetes or arrest the progression of disease in future. Choose some of these plants, for example take some chopped Okra, Fenugreek leaves & Ivy gourd boil slightly to soften. Then season with ginger & garlic by stir frying in Olive oil. Cut pieces of olives can also be added to enhance the flavor. Eat this salad at least once in a week. This is a dietary medicine.

Chopped ginger (1 teaspoon) added with 4-5 fenugreek seeds in 2 cups of water, boil for 15 minutes. Cool it well & drink. This is a medicated tea.

We have discussed top 10 anti – diabetic plants here with description of their medical indications. Most of these are vegetables & can be easily accessible. Some interesting practical methods are also explained to utilize the medicinal value as salads or drinks. Apart from all these life style improvements are to be made if you are health conscious. Good exercise, balanced diet & Sound sleep are inevitable.

Make these amazing herbs universal by sharing this little piece of knowledge.

Let’s have some of them planted in our home. 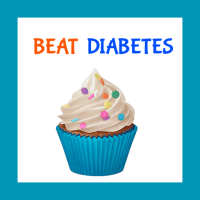 A completely free android app with an easy to follow list of 40 best and worst foods and diets to control Diabetes. This app was chosen as the ‘best health app of the month‘ by Google and has received over 100,000 active downloads across 140 countries. You can download it free from the play store link below